Colon Cancer will kill an estimated 50,000 Americans in 2015.  That sad prediction comes from the American Cancer Society.  It is especially tragic because early screening for the disease would have saved the lives of many of those who will lose their battle against Colon Cancer this year.

March is National Colon Cancer Awareness Month.  We need to focus on this disease because it is one of those cancers that can often be prevented.  A colonoscopy can find precancerous polyps in the colon or rectum.  The polyps are then removed before they develop into cancer.  If the screening leads to the discovery of colon cancer in its early stage, treatment often leads to a cure.  According to the Centers for Disease Control (CDC), 90 per cent of patients whose colon cancers are found and treated early are still alive five years later.

Who should get screened for Colon Cancer?  In general, men and women should get a colonoscopy at the age of 50.  Patients with certain medical issues or family history of the disease need to be screened earlier.  The CDC currently recommends colonoscopies or other screenings at regular intervals until the age of 75.  Your doctor may advise screening beyond 75, depending on your medical history.

Thanks to increased screening, the American Cancer Society says the number of Colon Cancer deaths in the United States has been declining for two decades.  Even so, an estimated 130,000 new cases of the disease will be diagnosed this year.  Screening will lead to the discovery of some of those cases in time for the patient’s life to be saved.  Tragically, many other patients who had never been screened will have no such reprieve.  It doesn’t have to be that way.  Have you had your colonoscopy yet?

One thought on “Beating Colon Cancer” 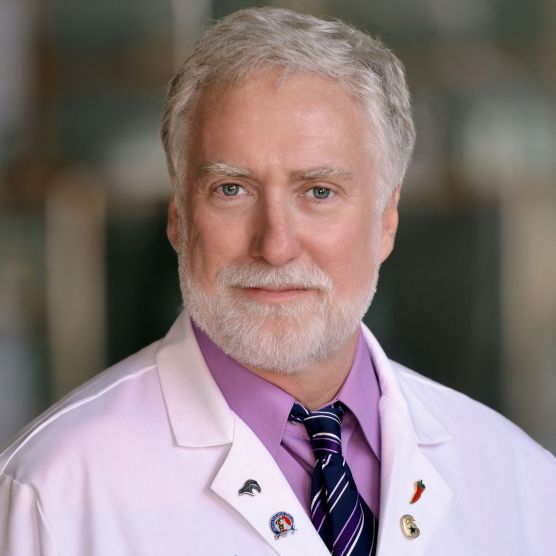 My mission is to live life with integrity, honor, and empathy; to show love and compassion to my family, friends, and patients; to learn every day; and to never stop trying to find new and better ways to treat cancer patients.

My webpage at Baylor College of Medicine

Cancer treatments are inching toward market